Teeth bleaching, no matter where it is done, dries out and desiccates teeth, and has the potential of at least irritating the soft tissues of the mouth if not outright burning them.

The benefit of having teeth far whiter than anything nature intends, must be carefully weighed against the risks of causing gum problems, root canal problems, a change in the surface hardness in the enamel of teeth and even the risk of mutation on the cellular level.  Bleach can also end up in your digestive system if inadvertently swallowed, and cause damages to the lining of  the esophagus, stomach, intestines etc.

The Vancouver (CAN) Sun (1/7, Ellis) reports that “the craze for whiter teeth is leading some people to overuse home bleaching kits and cause permanent tooth damage, says a University of British Columbia dentistry professor.” Adriana Manso, a clinical assistant professor in the faculty of dentistry, says that, under supervision, a dentist can control the bleaching process, but “if you do it yourself you can overdo it.” Manso “says there have been documented reports of serious and permanent damage to tooth enamel from over-the-counter home bleaching kits as hydrogen peroxide starts to break down proteins in the teeth after initial discoloration has been removed.” Other research has found “that enamel structure changes with exposure to bleach – whether it’s hydrogen peroxide or carbamide peroxide.” Interestingly, the article adds that this craze “has literally pushed whiteness off the charts,” as “shade guides that dentists use to gauge the color of a patient’s teeth now have added entries brighter than the previous lightest shade.” These new additions, the article points out, are “all bleached colors.” The ADA provides more information on teeth whitening at MouthHealthy.org and provides considerations for patients and dentists. 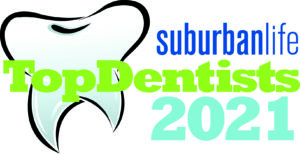